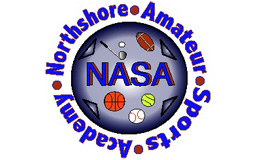 HAMMOND | They threw a large party Friday at Purdue University Calumet for more than 1,100 area students.

The latter is sorely lacking in society today, with everyone on edge and the slightest provocation setting them off.

Bullying also is on the rise according to a recent survey by The National Center for Education Statistics that revealed one-third of students ages 12-18 experience some type of bullying.

Gary native Dr. Michael McGee, who works in the emergency room at Methodist Hospital, opened the program saying: “You can’t fight. You’ve got to be civil. We got a whole different world today. People don’t fight (with fists). They stab, they shoot.”

The day’s theme was “Education Matters, Civility Counts, Be About That Life.”

Short and Johnson agreed it all begins with education.

“You respect people and you’ll be respected,” said the community-minded Johnson, who runs The NorthShore Amateur Sports Academy.

“I wasn’t the smartest guy in my class but I never gave up. I believed in myself,” said Short, an East Chicago Central and Purdue grad. “It took a lot to get to Purdue. I had to take extra night classes.”

“I have no problem being where I’m from,” Short said. “It’s bad (there) but if I can come back and show my face, maybe I can inspire kids, give them hope that anything’s possible.”

Last season, Short donated 11,000 books to students in the East Chicago school system who maintained good grades — and had a similar campaign in Charlotte, N.C.

“It goes a long way, just being respectful,” Short said. “Using it in a sports analogy … it can determine what type of team you’re on as far as the draft. A coach can say, ‘Oh, he’s a pain in the butt’ or ‘He don’t listen, he don’t do this or that.’ And you can drop a whole round.

“In the classroom, if you’re in the D or D-minus range and you’re very respectful and the teacher sees you’re trying, she can easily bump it (the grade) up.”

Being around peers who are respectable also rubs off, according to the 6-foot-3, 315-pound Short, a great prep athlete who had a “teddy bear” image.

“When I started speaking out and being myself in high school, there was no way people were gonna have mixed messages about me,” Short said. “I was always the person that was gonna come in, do what I need to do, and get it done.”

One of six children raised by their widowed mother, Yvonne, Short quickly learned the meaning of respect and discipline.

“It wasn’t a slap. She’d hit me with a shoe or something else ’cause I was so big,” he chuckled. “I take my hat off to her now, seeing the type of person she made me today and how I carry myself now.”

Wallace Johnson uses his sports academy to teach life lessons to students, as well, with education and civility topping the list.

“And over the years, as they get older, they’ll understand they need to reciprocate that to people underneath them,” he said.